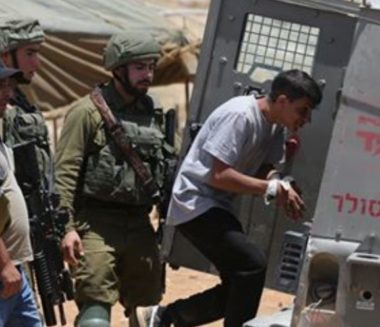 North of Hebron, in the southern West Bank, occupation forces detained civilians from the Al-‘Arroub refugee camp, identified as;

From Hizmah town, seven miles from Jerusalem’s Old City, soldiers detained the mother and father of the slain Palestinian, Muhammad Kanaan, who was killed in 2017 by Israeli forces. The PPS added that;

12. Najla Kanaan, and her husband
13. Fathi Kanaan were detained and released by occupation troops.

In the central West Bank governorate of Ramallah and Al-Beireh the following Palestinian civilians were detained;

Important to note that the Israeli occupation forces detained a wounded Palestinian minor, late Monday evening. The injured child, Omar Ahmed Mahmoud, 17, on December 6, was shot in the face with a rubber-coated steel round by Israeli occupation soldiers.