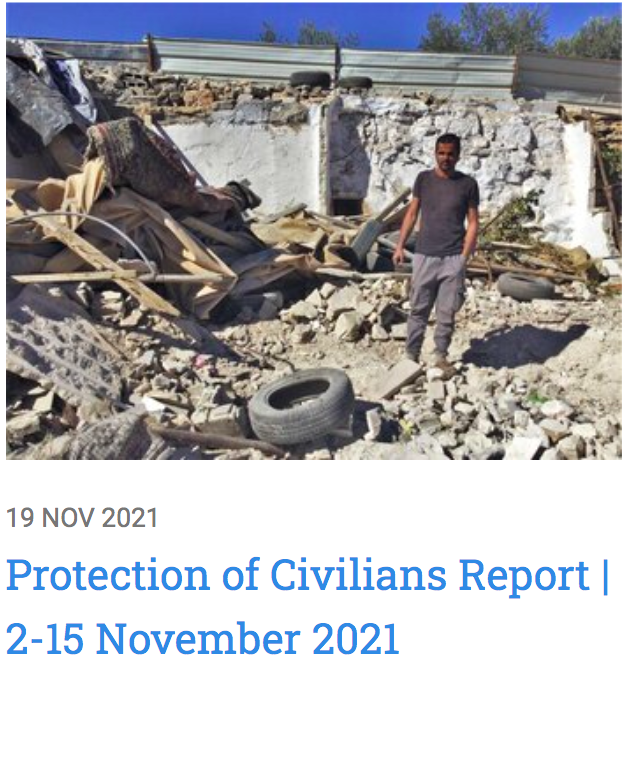 The United Nations Office for the Coordination of Humanitarian Affairs (OCHA): Protection of Civilians Report | November 2-15, 2021