Of 39 Women Detained In Israeli Jails, 16 are Mothers 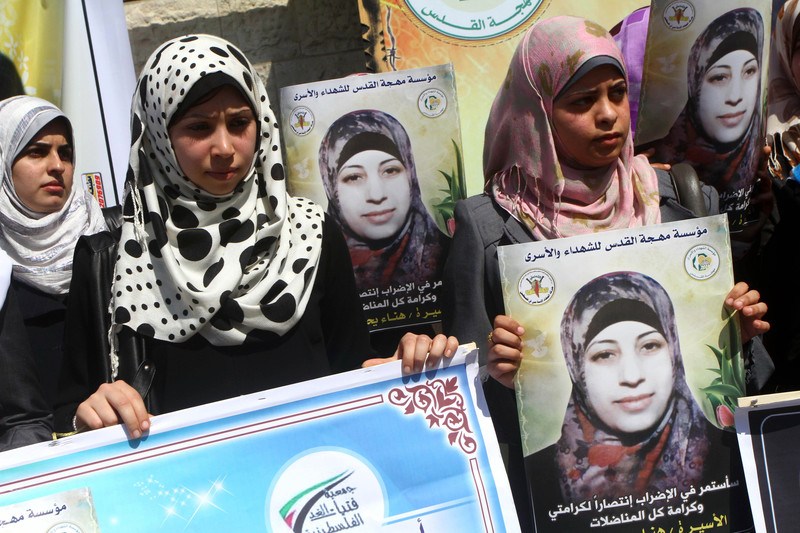 The Israeli occupation has 39 women detained in Israeli prisons, held at Damoun prison, with the exception of Jordanian citizen, Heba Al-Labadi, who began a hunger strike 41 days ago, held at Al-Ramlah prison clinic.

The commission pointed out that 28 women detainees have been sentenced by Israel, to a maximum of 16 years, 8 detainees are under custody and 3 prisoners are held under the unethical ‘administrative detention’ such as Heba Al-Labadi, Alaa’ Basheer and Shuruq Al-badan.

The commission added that among the 39 detainees, 16 are mothers, and that some detainees are suffering from poor health conditions. Case in point is the detainee Israa’ Jaabees, Heba Al-Labadi, Shuruq Dwayat, Marah Bakeer and Amal Taqatqa who do not receive any medical care.

The commission revealed that the occupation authorities issued disproportionate sentences against women detainees with high fines and long years.