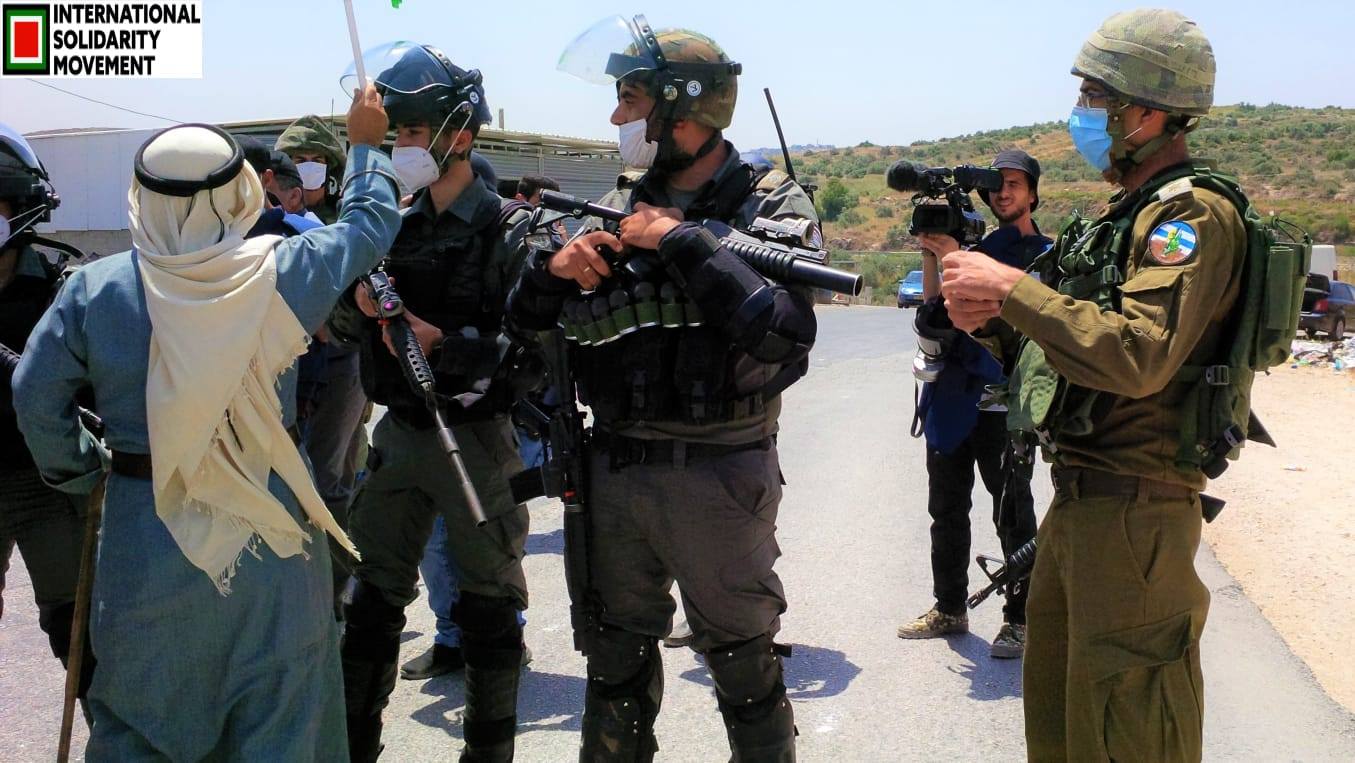 The protests were held on the same day as the 53rd anniversary of the Palestinian Naksa or setback. On June 5, 1967, at the time that Israeli forces occupied the West Bank and Gaza, some 300,000 Palestinians were forced from their homes.

In the village of Atouf, in the Jordan Valley, northern West Bank, dozens of held a peaceful march in their village, when Israeli forces fired rubber-coated steel rounds at the crowd, striking a Palestinian man in the head. The injured man was transferred to hospital for treatment, Palestinian Information Center reported.

Tear-gas canisters reportedly sparked flames in a ten dunam plot of Palestinian-owned lands, before the flames were put out by the civil brigades.

In Nablus, dozens of Palestinian muslims held Friday prayers in the village of Qusin and planted olive trees to express their objection to Israel’s annexation plan.

Israeli forces fired concussion grenades and tear-gas canisters at the peaceful protesters, injuring at least one man in his chest, WAFA further reported.

Similar protests also took place at many points of friction with Israeli troops in other areas in the occupied West Bank.

Hundreds of concerned Palestinians participated in marches on Friday, organized demonstrations in Bil’in, Ni’lin, Kufur Qaddoum, Hares, Qusin as well as in Nablus city, the Jordan Valley and Hebron (Al-Khalil) city, as well as a military checkpoint in Tulkarem.

The PIC further reported that the peaceful demonstrators waved Palestinian flags and condemned the decades long Israeli occupation and the occupation state’s plan to annex large parts of the West Bank.

The Palestinian Red Crescent said that several Palestinians suffered the toxic effects of tear-gas during the ensuing confrontations with the Israeli military.