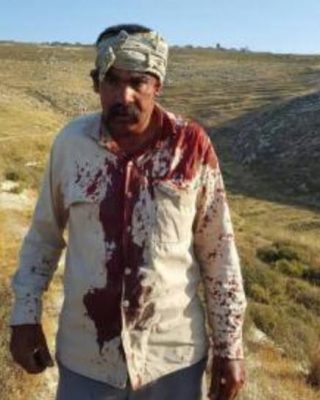 A group of Israeli colonists and soldiers invaded, on Saturday evening, the village of Madama, south of the northern West Bank city of Nablus, and injured one Palestinian in the head.

Media sources in Nablus said the soldiers, and a group of colonist settlers, invaded the al-Be’er area, in Madama, before one of them hurled a stone at a Palestinian man, wounding him in the head.

Local medics rushed to the scene, and moved the wounded young man to a hospital for further treatment and checkup.

Clashes took place between the invading soldiers and colonists, and several Palestinian youngsters, after the colonists invaded a privately-owned Palestinian land, and installed a tent, to illegally seize the land and establish a new colonialist outpost.