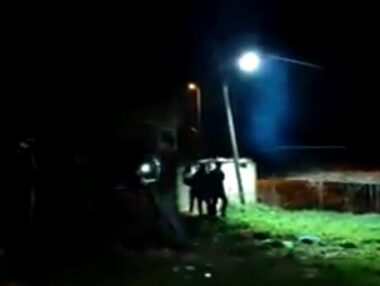 Local sources in the village said the colonists invaded the southern area of Burin, and hurled Molotov cocktails at two homes.

They added that the residents rushed to help the family and extinguish the fire before the colonists assaulted them leading to a physical confrontation.

Israeli soldiers then invaded the village, and fired gas bombs at the Palestinians, causing many to suffer the effects of teargas inhalation.

The attack took place shortly after groups of fanatic colonialist settlers closed many roads and junctions, in the northern part of the occupied West Bank, and attacked homes, before the soldiers abducted a young Palestinian man.