P.A Denounces The Release Of Israeli Who Killed Palestinian Woman 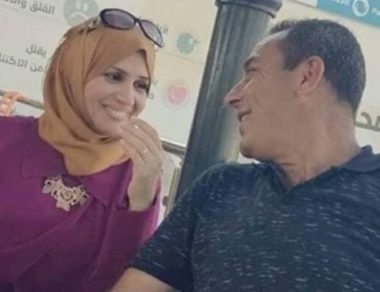 The Palestinian Ministry for Foreign Affairs and Expatriates issued a statement strongly denouncing the release of an illegal Israeli colonist who killed a Palestinian woman last year, and said the release resembles the biased Israel legal system and its lack of respect for Palestinian lives.

The Ministry said the release of the Israeli who killed ‘Aisha Mohammed al-Rabi, 47, October 12th of 2018, is yet another proof of the unfair Israeli legal system, and its discriminatory rulings.

It added that Israel continues to challenge International Law, and even its own laws, to justify and excuse deadly violence inflicted against the Palestinians, not only by its army, but also by the illegal colonists, living on occupied Palestinian lands.

It called on the International Criminal Court to act and open an official investigation into the ongoing Israeli crimes and violations against the Palestinian people, including the murder of al-‘Rabi.

The Ministry stated that while Israel inflicts the most severe punishment against the Palestinians, including collective punishment such as the demolition of homes and imposing very high prisoner terms, its same system pardons and releases Israeli murders who kill Palestinians, including women and children, and constantly attack their homes, property and even holy sites.

It added that such laws are racist, and are sending messages to Israeli colonists and soldiers to kill and hurt the Palestinians, and said that this was not the first time Israel released Israelis who murdered Palestinians without any cause or justification.

The Ministry also said that Israel is sending a clear message of hatred towards the Palestinians, and is encouraging racism and extremism.

It is worth mentioning that Aisha, a mother of eight children, was killed by a group of Israeli paramilitary settlers, who used large rocks to attack the car she was riding in with her husband.

Aisha was killed and her husband injured in the attack, which took place south of Nablus, in the northern part of the West Bank.

In July of 2015, legislation was passed in the Israeli Knesset allowing sentencing, for up to 20 years, for someone convicted of throwing stones at vehicles, if intent to harm could be proven. However, the law allows the Israeli state to imprison someone for up to 10 years without proof of intent.