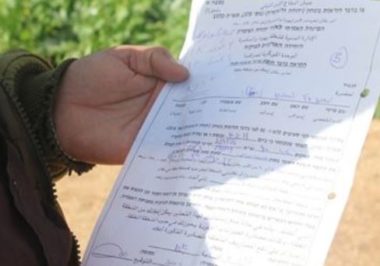 Mo’taz Bisharat, an official in charge of Israeli colonies’ file at the Palestinian Authority in central West Bank, said the soldiers handed the orders to fifteen families of 98 Palestinians, including dozens of women and children.

The army said the Palestinians must leave their communities three days a week for the coming four weeks.

The days scheduled for training for three weeks are Sunday, Starting at noon, Monday starting a 4 PM until 10 AM the next day, and Wednesday from 7 AM until 2 PM.