P.A. Forces Detain Hebron Radio Director Days After Israel Stormed The Station And Shut It Down 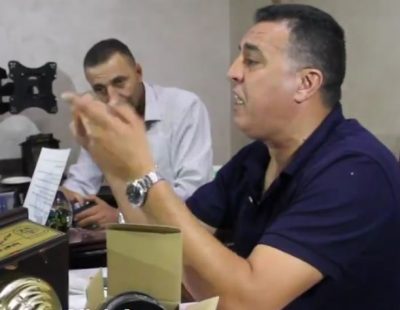 Al-Qawasmi was taken prisoner, Sunday, apparently for his Facebook statement demanding President Mahmoud Abbas, Prime Minister Rami Hamdallah, Hebron governor, Kamel Hmeid, and many other officials to submit their resignations for their inability to protect their people.

His statements came when Israeli soldiers invaded the radio station, and ordered it shut, after violently searching and ransacking it.

During the invasion, the soldiers confiscated equipment from the media agency, and ordered it shut for six months.

The Israeli army said its invasion, and closure of the media network, was part of what it called “Israel’s campaign against incitement,” and claimed that the agency “encourages acts of terror.”

In his video statement after the army shut the station down, al-Qawasmi said the station is active in providing help to the needy, aiding the disabled, and giving a voice to the voiceless Palestinians, and does not engage in any forms of violence or incitement in any way shape or form.