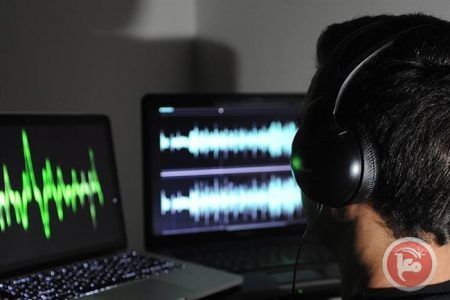 At least 11 Palestinian news websites — all allegedly affiliated with either the Hamas movement or Muhammad Dahlan, political rival of Palestinian President Mahmoud Abbas — have been blocked in the occupied West Bank, with top-level officials from the Palestinian Authority (PA) insisting that the sites were not shut down because of their affiliations.

Al Jazeera reported that the sites were shut down following a directive from the PA public prosecutor Ahmed Barak, which sources confirmed to Ma’an News Agency.

All the targeted websites are based outside the West Bank, Al Jazeera said, quoting an anonymous source who spoke to the Turkish Anadolu news agency on Thursday.

The source, an employee at a Ramallah-based internet service provider (ISP), reportedly told Andalou that ISP was informed on Thursday of a decision by Barakat to block 11 Palestinian websites.

Among the blocked websites were the Palestinian Information Center and the Shehab News Agency – affiliated with Hamas – and the ‘Voice of Fateh’, “known to be close to Muhammad Dahlan,” Al Jazeera said.

According to Al Jazeera, Iyad al-Qarra, editor of ‘Palestine’, a Hamas-affiliated paper, confirmed that the newspaper’s website had been blocked in the West Bank, which he said was “part of an ongoing policy of suppressing Palestinian media freedom,” in a post on his personal Facebook.

“Our colleagues with technical expertise are currently trying to undo the move, as our newspaper, through its website, has tens of thousands of readers across the West Bank,” al-Qarra said.

Also on Thursday, according to Al Jazeera, the pro-Dahlan ‘Amad’ news website issued a statement saying that it, too, could no longer be accessed in the West Bank.

Meanwhile, a senior official from the PA spoke to Ma’an on Thursday, denying the reports, saying the websites were blocked due to a number of pending cases against them for reporting false information and being “unethical.”

The official accused the websites of forgery and slander.

The Fateh-led PA has been under fire from several political opposition parties, particularly Hamas, for online censorship, security coordination with Israel, and campaigns of politically-motivated arrests.

Earlier this week, Hamas released a statement saying the PA arrested four Palestinians, including two university students, a lawyer, and a teacher, all for their affiliation to the Hamas movement.

Meanwhile, the Palestinian Prisoner Solidarity Network Samidoun reported, on Tuesday, that rallies were being planned in Ramallah city to demand the release of Nasser Jaradat.

The 23-year-old agricultural engineering student and active youth organizer was reportedly detained on June 8 for writing a Facebook post critical of Fateh Central Committee member Jibril Rujoub, who recently said in an interview with Israel’s Channel 2 that the Western Wall in occupied East Jerusalem’s Old City should “remain under Jewish sovereignty.”

Spokesperson for the Palestinian security services Adnan Dmeiri said, at the time, that he had “no idea” about Jaradat’s case, but said “I can confirm that we don’t arrest anybody for expressing their opinion.”

However, Palestinian prisoners’ solidarity network Samidoun said that Jaradat’s arrest was part of an ongoing trend of the PA “arresting Palestinians for voicing their political opinions on Facebook,” as part of Israel’s widely condemned policy of security coordination with Israel that critics have described as a “revolving door” that funnels activists from PA jails to Israeli prisons.

Hamas claimed in an earlier report that a total of 103 Palestinians were detained by the PA over the month of May, including 67 former prisoners of Israel, 83 former political detainees of PA, three journalists, 15 university students, one high school student, and four imams.