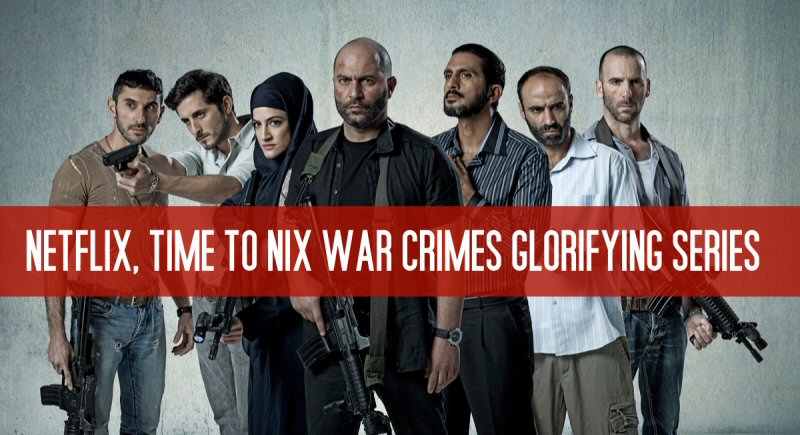 The Palestinian Campaign for the Academic and Cultural Boycott of Israel (PACBI) is calling on Netflix to nix the “thriller” series “Fauda,” claiming it is an anti-Arab racist, Israeli propaganda tool which glorifies the Israeli military’s war crimes against the Palestinian people.

PACBI is an integral part of the nonviolent BDS movement for Palestinian freedom, justice and equality. The movement has been nominated for a Nobel Peace Prize.

Adding insult to injury, Netflix is scheduled to release season two this coming May, which marks  the 70th anniversary of the 1948 Nakba, Israel’s mass expulsion of most of the indigenous Palestinians from their homes and the destruction of hundreds of their towns and villages. Historians, including prominent Palestinian and Israeli scholars, have documented this systematic and deliberate campaign of ethnic cleansing.