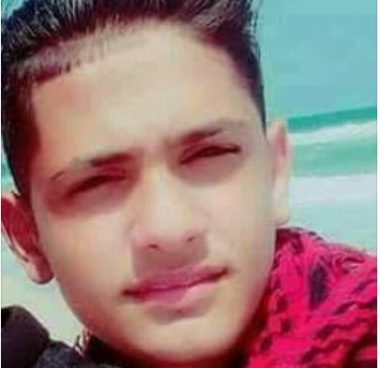 Palestinian medical sources have reported that a child died, on Saturday evening, from serious wounds he suffered Friday, when Israeli soldiers shot him in the head.

The sources said the child, Jamal Abdul-Rahman Affana, 15, was shot with a gas bomb in the head near Rafah, in the southern part of the Gaza Strip, during the Great Return March.

The gas bomb directly struck the child in his head, causing a very serious injury, and he remained in a critical condition until he passed died from his wounds.

On the same day of his injury, the soldiers killed one Palestinian, identified as Jaber Salem Abu Mustafa, 40, after shooting him with a live round in the chest, east of Khan Younis, in the southern part of the Gaza Strip.

The soldiers also injured 448 Palestinians, including 112 who were shot with live fire, among them seven in serious conditions, and four who were directly shot with gas bombs.