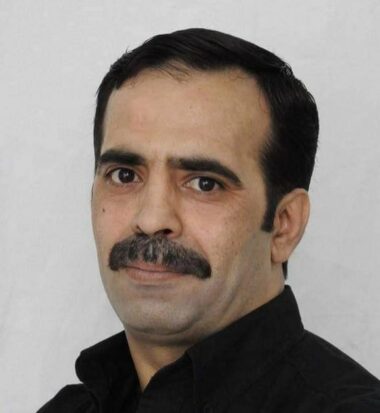 The Palestinian Prisoners’ Society (PPS) has reported, on Wednesday evening, that a detainee died in Ofer Israeli prison, and added that the only information the Israeli authorities are giving so far indicates he died from a heart attack.

The PPS issued a statement mourning the detainee, identified as Daoud Tal’at Khatib, 45, from Bethlehem, south of occupied Jerusalem in the West Bank, and added that the detainee was abducted by the soldiers in April 2002, and was sentenced to 18 years and eight months in prison. He was only a few months away from being released.

The PPS added that Israel is claiming he died from a heart attack, but without any further information, and added that the detainee, throughout the years of imprisonment, has faced numerous health complications, including a heart attack a few years ago, in addition to undergoing an open-heart surgery.

The one statement given by Israel alleged that the detainee “fainted while in his room in Ofer Prison, and that guards tried to revive him, but he passed away.”

The PPS added that Israel rejected various appeals for Daoud’s release on humanitarian grounds so that he can receive the needed treatment at specialized medical centers.

It is worth mentioning that both of his parents died while he was in prison. The deceased detainee was held at the Negev Desert Detention camp.

His death brings the number of detainees who died in Israeli prison since 1967 to 225, including dozens who were tortured to death and others who were shot while in prison.

The PPS called on international human rights groups and legal organizations to practice pressure on Israel to improve the continuously declining living conditions of the detainees, and to release all ailing prisoners, especially amidst the current coronavirus pandemic, and added that Israel’s prison system where the Palestinians are held lacks basic requirements as the prisons have chronic sanitization issues, bad air ventilation, in addition to awful smells, infestations of bugs and cockroaches among other things.

It added that Ofer Prison, where the detainee died, has recently witnesses a sharp increase in Covid-19 infections among the detainees.