Palestinian Dies Of Wounds Suffered In 2003 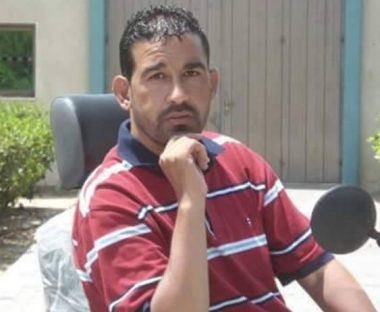 A Palestinian resistance fighter died on Wednesday morning, of serious wounds he suffered in 2003, after Israeli soldiers fired missiles into Khan Younis, in the southern part of the coastal region.

Abu Shaqra was a member of the Al-Aqsa Brigades, the armed wing of Fateh movement; he suffered a serious injury after the Israeli army fired missiles, before invading Khan Younis.

Since then, he has been in and out of various hospitals, constantly suffering very serious complications, and was recently moved Barzelai hospital, where he died from his wounds. The Palestinian also received treatment in Germany, where the doctors told him he needs to return within ten years so that they can remove remaining fragments lodged in his chest, lung and back.

In a previous interview with Shams Palestinian news agency, Abu Shaqra said the siege on Gaza prevented him from traveling again out of the coastal region, and started suffered various complications, including paralysis, and the doctors even had to remove parts of his lever, stomach and his spleen.