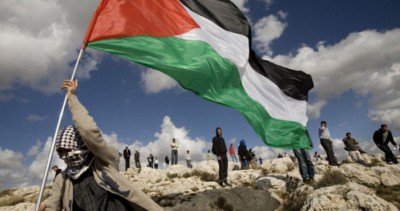 National factions on Saturday, called, for Palestinians to oppose and take a stand against the planned Israeli settlers’ marches, the Palestinian WAFA News Agency reported.

Morad Eshteiwi, the media spokesman for the popular resistance committee, in a phone interview with Voice of Palestine Radio, announced events being planned to resist the illegal settlers’ inflammatory rallies.

Nasr Abu Jeish, coordinator of the national factions in Nablus, appealed to citizens to join together on the mountains and hills to forestall settlers’ marches throughout the occupied West Bank.

Israeli media outlets announced 12 rallies that the settlers’ plan to hold this coming Monday, throughout the occupied West Bank.

The Palestinian Red Crescent Society (PRCS) reported that Israeli soldiers injured, on Friday evening, 353 Palestinians, including one who suffered life-threatening wounds, at Beita junction, south of Nablus in the northern West Bank.

The PRCS stated that 283 Palestinians suffered the effects of tear gas inhalation, 54 were shot with rubber-coated steel bullets, 23 suffered burns from gas bombs and concussion grenades.

Hundreds of Israelis marched in the occupied city of East Jerusalem, on Tuesday, at the annual ‘Flag March’ and calling for “Death to arabs” and “May your village burn”.

The Israelis shouted insults against the muslim prophet Muhammad and threatened Palestinians that “a second Nakba is coming soon”.