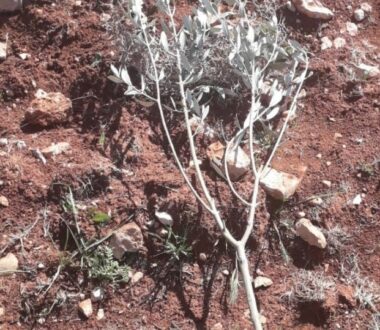 Palestinian farmers from Battir town, west of Bethlehem, south of the occupied Palestinian capital Jerusalem, in the West Bank, confronted and managed to prevent a group of illegal Israeli colonists from uprooting their lands.

The WAFA Palestinian News Agency said the incident took place on Sunday at dawn, when a group of colonists, accompanied by Israeli soldiers invaded the Palestinian lands and tried to uproot them.

It added that the Palestinians noticed the attack, rushed to their lands, and prevented the destruction of their crops and plants.

Omar al-Qaisi, an owner of one of the targeted lands, said the colonists brought a bulldozer into the al-Khamar and al-Qusayr areas, northeast of the town, and tried to bulldoze them.

He added that the attack started approximately at 1 after midnight, and that came only three days after the colonists bulldozed and uprooted sections of the same lands three days ago.