Palestinian Government Issues A Thank You Statement To Ladraa 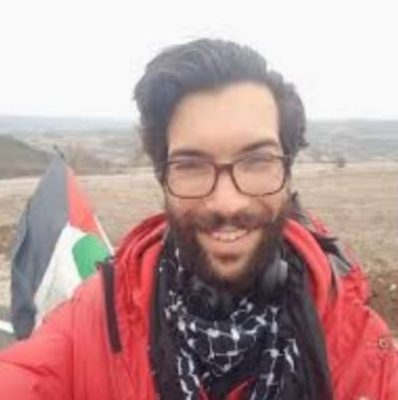 The Palestinian Unity Government issued, Saturday, a statement thanking Swedish peace activist Benjamin Ladraa, who walked to Palestine to highlight the suffering of the Palestinian people living under illegal Israeli occupation. He was denied entry by Israel as he was trying to cross from Jordan into the occupied West Bank.

Yousef al-Mahmoud, the spokesperson of the government, stated that Israel fears peace activists simply because they, through their nonviolent activities, expose its crimes and illegal policies against the Palestinian people, and anyone who supports the theirs just cause.

“A person like Ladraa, who walked 4000 kilometers in eleven months to reach Palestine, to express his solidarity and raise awareness about the suffering of our people, is a true peace activist for justice,” al-Mahmoud said, “Israel considered him a security risk, just because he peacefully opposes its occupation and injustice. Ladraa managed to draw attention to the ongoing struggle of our people for real peace, based on justice and ending the occupation.”

He also stated that preventing Ladraa from entering Palestine, is just another example of the hatred Israel has for the culture of peace, liberty and human rights.