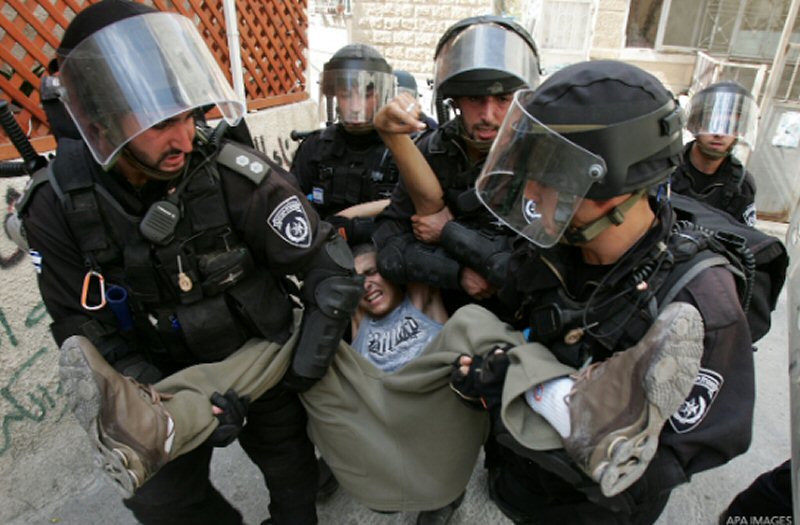 A Palestinian teen has implicated Israeli police and prison guards in assaulting and torturing him during his arrest in December of 2020, and subsequent interrogation and imprisonment.

The Palestinian Commission of Detainees’ and Ex-Detainees’ Affairs reported on Wednesday, that Nour al-Din Nasri Ubaid, 17, was detained on December 23, 2020 from al-‘Isawiya in occupied East Jerusalem.

The lawyer for the Commission stated that the child was physically assaulted by Israeli police upon his arrest with their hands, feet and firearms. The boy described being dragged into the military jeep and beaten, causing many bruises.

The teen’s hands and feet were bound, while he was interrogated at a Jerusalem police station. He was incarcerated for 12 days at the Moskobiya detention center before being transferred to Ofek prison.

While the boy was held at Ofek prison, the boy was denied the right to contact his family, and was physically attacked and tortured by means of restraining his hands to his bed for long periods of time.

Furthermore, the child was denied food, water, and the use of the bathroom, in a blatant example of the unethical and appalling treatment of Palestinians in Israeli prisons.

After spending ten days in Ofek prison, Israeli authorities transferred the teen to the juvenile section of Damon jail where he is still imprisoned today.