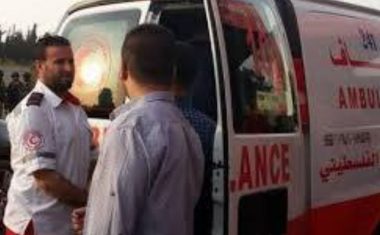 A Palestinian teenage girl was injured, Thursday, after an Israeli colonialist settler rammed her with his car, while she was on the sidewalk, in Teqoua’ Palestinian town, east of Bethlehem in the occupied West Bank, and fled the scene.

The head of Teqoua’ Local Council Hatem Sabah said that Kawthar Mohammad Shawriyya, 17, suffered moderate wounds after being rammed by the Israeli car, and was transferred to Beit Jala governmental hospital.

Sabah added that the Israeli driver fled the scene after ramming the girl, but several Palestinian drivers chasing him down and managed to stop him, before the Israeli police was called to the scene, and interrogated him.

The girl’s family went to the Israeli Police center in Etzion, south of
Bethlehem, and filed an official complaint.

On Wednesday evening, Israeli soldiers shot and killed a young Palestinian man, identified a Soheib Mousa Mashahra, 21, from the Sawahra town, near occupied East Jerusalem, after alleging that he “deliberately carried out a ramming attack with his car.”

The incident took place near Etzion Junction, south of Bethlehem, while videos and images from the scene clearly showed that the Palestinian car crashed into the rear of an Israeli bus, wounding one man, 60.

The soldiers instantly assumed, and are still claiming, that the accident was a deliberate attack in which the Palestinian, who was driving a car “rammed it into the rear of the Israeli bus,” and shot him to death.