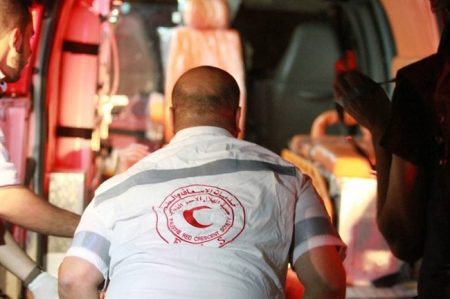 A Palestinian youth set himself on fire, Monday, in the central Gaza Strip refugee camp of al-Bureij, for unknown reasons.

Gaza police spokesperson Ayman al-Bantaji told Ma’an News Agency that the youth, identified as Islam al-Maqusi, poured gasoline on his body and set himself on fire in front of a local association for the disabled.

Al-Maqusi was then taken to the Al-Aqsa Martyrs Hospital, where he was treated for burn injuries that al-Bantaji described as moderate.

The majority of the nearly two million Palestinians in the Gaza Strip are sealed inside the coastal enclave due to a near-decade long military blockade imposed by Israel, and upheld by Egypt, on the southern border.

The small Palestinian territory has been the site of widespread protests, over the past week, due to an on ongoing electricity crisis, as civilians have had to cope with just three hours of power in between 12-hour-long blackouts.