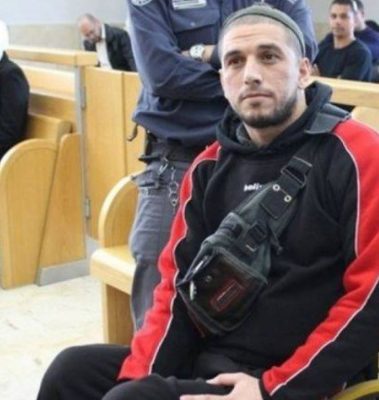 Shireen Iraqi, a lawyer with the Palestinian Detainees’ Committee, stated that detainee Amir As’ad, 35, who is paralyzed and imprisoned by Israel, started a hunger strike twelve days ago, protesting bad treatment and being held in an inaccessible section in Gilboa’ prison.

Iraqi said the detainee, from Kafr Kanna town in the Galilee, cannot move around without his wheelchair, but was placed in an inaccessible section in Gilboa’ prison, in addition to being constantly harassed by the soldiers.

The detainee told Iraqi that the only section in the prison is Section 1, as the shower and toilet rooms have wider doors, but the administration is refusing to move him there.

The Detainees’ Committee expressed its concerns about the well-being and health of the detainee, especially since he was placed in solitary confinement, and demanded his immediate and unconditional release.

It is worth mentioning that As’ad was abducted in 2012 and was sentenced to six and a half years in prison but spent the past six years in the Ramla prison clinic, before he was moved to Gilboa’ prison.

The Committee stated that the demands of the detainee are simple and basic human rights, as he is only asking to be placed in an accessible facility until he is released this coming June.