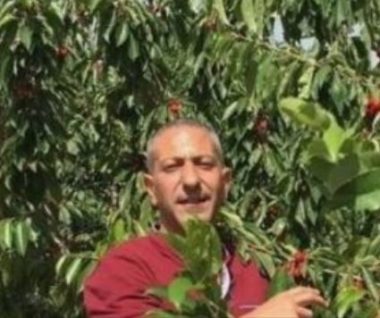 Ref: 107/2019: Date: 29 September 2019: Today morning, 29 September 2019, The Palestinian Prisoner Samer al-‘Arbid was referred to Hadassah Hospital in Jerusalem due to the serious deterioration of his health condition while being interrogated by the Israeli Security Agency (Shin Bet) in the Mascobiyya Prison in occupied Jerusalem.

The Palestinian Center for Human Rights (PCHR) holds Israel fully responsible for the life of al-‘Arbid and calls upon the international community to pressurize Israel to end torture in its prisons and detention centers.

It should be noted that the Israeli authorities raided and searched the house of Samer Mina al-‘Arbid in Batn al-Hawa neighborhood in Ramallah on Wednesday, 25 September 2019.

He was arrested and then, according to the Israeli media and Shin Bet sources, taken to the Moscovia Prison, where he was interrogated on suspicions of carrying out the “Dolev” Settlement attack, west of Ramallah, which took place on 23 August and resulted in the killing of a female settler and injury of 2 other settlers.

Al-Arbid Family said that Samer was in a good health condition before being arrested, adding that the Israeli soldiers beat him during his arrest.

Israeli media stated that the person mainly accused of carrying out the attack was interrogated by the Shin Bet and then referred to hospital in a critical health condition.  According to the media, Shin Bet was given legal permission to employ “extraordinary measures” in its interrogation of ‘Arbid.

Haaretz newspaper reported on its website this morning that the Shin Bet issued a statement saying that the investigator informed that ‘Arbid was not feeling well. And, in accordance with protocol, he was taken for medical checks and treatment at the hospital.

PCHR pointed out that Israel has many precedents, proving Israeli security’s involvement in torture against dozens of prisoners as part of an Israeli systematic policy and under legal cover. The latest of which was the death of Nassar Majed Taqatqah (31), from Bethlehem, while in solitary confinement in “Nitzan” Prison (al-Ramlah) on 19 June 2019, noting that he died during interrogation and only a month after his arrest.

PCHR stresses that torture is an unjustified international crime and considers combating it as an international obligation under the 1984 Convention Against Torture (CAT) and customary international law.

Article (2) of Cat stipulates that: “Each State Party shall take effective legislative, administrative, judicial or other measures to prevent acts of torture in any territory under its jurisdiction.” The second paragraph of the same Article emphasizes that: “No exceptional circumstances whatsoever, whether a state of war or a threat of war, internal political instability or any other public emergency, may be invoked as a justification of torture.”

PCHR calls upon the international bodies to open immediate and impartial inquiry into suspicions that al-‘Arabid have been tortured during investigation, noting that he did not suffer any health problems before detention.

It should be noted that PCHR sent on 04 April 2019 a submission to the Special Rapporteur on the situation of human rights in the Palestinian Territory occupied since 1967 and to the Working Group on Arbitrary Detention.  The submission was about the statements on 30 March 2019 by “Gelad Ardan”, the Israeli Interior Security Minister, threatening that there will be no negotiations with the Palestinian prisoners if they go on a hunger strike that was supposed to start on 07 April 2019.