PCHR: On International Women’s Day, Let Our Motto Be: “Together to Provide Protection and Justice for Palestinian Women” 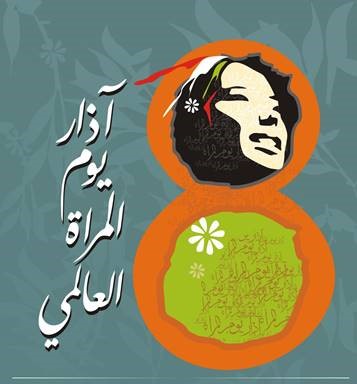 Ref: 31/2019:  Date: 07 March 2019:  March 8th marks the International Women’s Day, which was proclaimed by the United Nations General Assembly in 1977, to ensure that all women all over the world enjoy their rights guaranteed by all international standards and reiterate support for women’s struggle for justice, equality and elimination of discrimination against them in all fields.

March 8th comes this year while Palestinian women and their conditions are getting worse and more difficult.  On one hand, the Israeli forces continue to commit further violations against women whether directly or indirectly. On the other hand, the suffering of Palestinian women continues for living under a patriarchal and patrilineal society  based on discrimination and inequality.

On the level of violations committed by the Israeli forces, the occupied Palestinian territory witnessed a clear escalation in the crimes committed against Palestinian civilians, including women.

The most prominent of these were the violations against the participants in the Great Return March protests as PCHR documented the killing of 190 civilians, including 2 women, and injury of  11071 others, including (331) women.

Women have paid heavy price in these peaceful protests either when they are directly wounded or when their children and husbands are wounded or even killed, making their lives more difficult and complex.

The findings of the UN Independent Commission of Inquiry into the violations committed during the protests in the oPt between March 30 and December 31, 2018, were the same concluded by the human rights organizations.

The Commission proved Israel’s persistence to use lethal force against the demonstrators in situations where the later posed no danger to the lives of soldiers nor were directly participating in hostilities, in violation of the rules of international human rights law.

The Israeli forces illegal used lethal force deliberately and directly against civilians, including children, women, medical staffs, journalists and the persons with disabilities, by targeting them with Israeli snipers’ rifles at the time when the demonstrators did not constitute a threat to the lives of the  soldiers.

In the West Bank, women continue to suffer due to the Israeli violations against the Palestinian civilians. Women are subject to harsh conditions by the Israeli authorities’ arbitrary policies, including killings, house raids and demolitions, arrest campaigns encompassing 79 girls, and other severe restrictions on the freedom of movement due to the permanent and temporary checkpoints, compounding the suffering of women and significantly affecting their lives.

The worst of those crimes was the murder of Aisha al-Rabi (47) on 12 October when an Israeli settler threw a large stone at a car she was in with her husband near the Za’atarah checkpoint, south of Nablus.

In addition, women continue to suffer from the unjust and illegal closure ongoing for more than 12 years on the Gaza Strip, which has affected civilians’ all aspects of life and has resulted in women bearing the greatest burden and increasing their suffering as a result of unprecedented prevalence of poverty and unemployment rates.

On the internal level, the oPt witnessed in 2018 more murders of women on different grounds as 15 women were killed in the West Bank and Gaza Strip; 2 of them were killed on grounds of the so-called “family honor”.

Moreover, Palestinian women continued to suffer from gender-based violence which exacerbated due to the deterioration of the economic, social and living conditions of Palestinian society.

The Palestinian division has also aggravated the suffering of women, which has been a major impediment to the adoption of laws fairer and more equitable for women.

Despite the President’s ratification of the Convention on the Elimination of All Forms of Discrimination against Women (CEDAW) without reservations and the recent signing of its Optional Protocol, the Palestinian Authority has not yet taken the necessary steps to fully implement the Convention.