PCHR Report: Israeli troops have killed 8 civilians, 5 of them children, over past two weeks 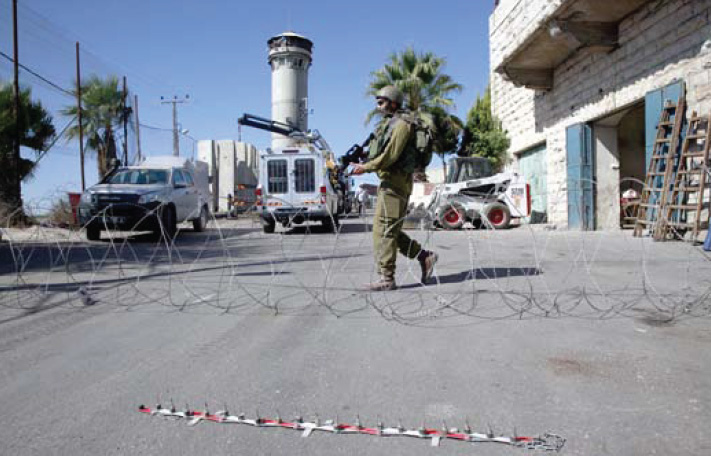 Among the killed was a Jordanian tourist, who was killed in occupied Jerusalem, and 5 children. 13 civilians, including 4 children, were wounded in the Gaza Strip and West Bank.

On 16 September 2016, Israeli forces killed a Jordanian civilian while walking in al-Amoud Gate area in East Jerusalem’s Old City under the pretext that he attempted to stab an Israeli soldier. It should be noted the killed used to work in the Jordanian Water Authority and he was in a visit to Jerusalem along with a tourist group that entered the Palestinian territory via al-Karamah crossing one day before he was killed.

On the same day, Israeli forces stationed at the entrance of “Givat Kharsina” settlement, east of Hebron, opened fire at a vehicle under the pretext of a run-over attack. As a result, the driver named Feras al-Khdour (17) was killed and his relative Raghad (16) was wounded. They are both from Bani Na’im village, east of Hebron. The aforementioned girl was transported to Hadassa Hospital in Jerusalem by an Israeli military ambulance while the corpse of Feras was kept in custody.

On the same day also, Israeli forces stationed at Gilbert military checkpoint, north of Tal al-Rumaida neighbourhood, in the centre of Hebron, opened fire at Mohammed Thalji Rajabi (15) and killed him. Israeli forces claimed that Mohammed attempted to carry out a stabbing. The forces summoned the killed person’s father to military checkpoint (160), south of the city, where he was informed of the death of his son.

On 17 September 2016, Israeli forces stationed at the closed area between al-Rahma Mount and Tal al-Rumaida neighbourhood, in the centre of Hebron, opened fire at Hatem al-Shaloudi (25), whose house is only 20 meters away from the scene. As a result, he was killed and his corpse was kept in custody for 2 hours until a military vehicle transported him to an unknown destination. Afterwards, Israeli media published a video clip of the aforementioned person attacking an Israeli soldier with a sharp tool.

On 19 September 2016, Israeli Border Guard officers stationed in a surveillance and search room in Ein al-Hamrah area, south of the Ibrahimi mosque, south of Hebron’s Old City, opened fire at Amir Rajabi (17) and Mohammed Rajabi (22). As a result, the child was killed and the other civilians was seriously wounded. The wounded person was transported half an hour later by an ambulance, but he was pronounced dead an hour following his injury. Israeli forces claimed that the 2 aforementioned persons attempted to carry out a stabbing.

On 20 September 2016, Israeli forces that established a temporary checkpoint at the entrance to Bani Na’im village, east of Hebron, opened fire at Essa Tarayra (16), from the said village, while walking towards the checkpoint. Israeli soldiers opened fire at him from a range of 30 meters and left him bleeding for about half an hour. He was then transported by an ambulance but he was pronounced dead later. Israeli forces claimed that Tarayra was holding a knife and attempted to carry out a stabbing. No eyewitnesses were there to confirm or reject the Israeli story.

Shootings that resulted in the injury of Palestinians were as follows: On 12 September 2016, Israeli forces wounded 4 Palestinian civilians when former moved into al-Wa’ar area, east of Asirah village, southeast of Nablus.

On 18 September 2016, Israeli forces opened fire at Baha’ al-Deen Ouda (20) under the pretext that he attempted to stab an Israeli officer at the entrance to “Efrat” settlement, south of Bethlehem. As a result, Ouda sustained several bullet wounds and was then transported to Soroka Hospital in Beersheba to receive the necessary medical treatment.

On 19 September 2016, Israeli forces opened fire at Ayman al-Kurd (20) after he stabbed 2 Israeli soldiers at al-Sahera Gate in East Jerusalem. As a result, he sustained several bullet wounds and was then transported to Hadassa Hospital.

On 20 September 2016, 3 civilians were wounded when Israeli forces moved into al-Dheisha refugee camp, south of Bethlehem.

On 21 September 2016, Israeli forces stationed at Jaljulia military checkpoint opened fire at Bara’a Owaisi (13), from Qalqilya. As a result, she sustained a bullet wound to the leg and was immediately abducted. The wounded girl was walking without listening to the soldiers’ shouts ordering her to stop. Israeli media confirmed that the girl did not attempt to carry out a stabbing, however, she was only moving forwards.

In the Gaza Strip, on 09 September 2016, in excessive use of force, Israeli forces killed Abdul Rahman al-Dabagh (16) when they opened fire at dozens of youngsters, who headed to the border fence, southeast of al-Bureij refugee camp, and started throwing stones at Israeli soldiers. An Israeli soldier fired a flare bomb that directly hit the child, who was about 10-15 meters away from the fence. The bomb hit him right to his forehead, due to which he fell to the ground with his head on fire. The child was transported to al-Aqsa Hospital in Deir al-Balah, but few minutes after he was admitted to the hospital, the doctors pronounced him dead. On 16 September 2016, 2 Palestinian children were wounded in the same place and circumstances.

Concerning airstrikes, on 15 September 2016, Israeli warplanes carried out 3 airstrikes on the Gaza Strip. As a result, 2 agricultural rooms and a water well in al-Sayafa area were completely destroyed.

In the context of targeting fishermen in the sea, on 17 September 2016, Israeli forces stationed in the northern Gaza Strip offshore opened fire at fishermen sailing within 2 nautical miles. As a result, the fishermen sailed back. Similar shooting was carried out in the same area at approximately 23:20 on Tuesday, 20 September 2016.

On 19 September 2016, Israeli gunboats stationed northwest of Beit Lahia, north of the Gaza Strip, opened fire at Palestinian fishermen sailing in the area. As a result, Ahmed Zayed (32), from al-Salateen area in Beit Lahia village, sustained a bullet wound to the belly and his boat sustained damage.

Concerning house demolitions, on 16 September 2016, Murad Ja’abees self-demolished his own house in al-Sal’a neighbourhood in al-Mukaber Mount, southeast of East Jerusalem, in implementation of the Israeli municipality’s decision under the pretext of building without a license.

On 20 September 2016, the Israeli municipality demolished a house belonging to the family of Hassan Alqam in Beit Hanina neighbourhood, north of occupied Jerusalem, under the pretext of building without a license as well. In the same context, Israeli forces demolished on the same day, agricultural facilities and barracks, south of the Old City, belonging to Nidal Mohammed Dabash.

Regarding vacating Palestinian houses in favour of settlement organizations, on 15 September 2016, the Israeli authorities ordered the family of Mazen Qersh to leave their house in the Old City under the pretext the family is an “unprotected tenant” and it lost the protection because it is from the “fourth generation“. It should be noted that the family has lived in the house since 1936 according to a rental contract from a Palestinian family that owned the house before that family sold it to the settlers in 1986.

On 10 September 2016, a group of settlers from ” Immanuel ” settlement set fire to lands of Palestinians in Jinsafout village, east of Qalqilya. The Civil Defence crews could not put fire out. As a result, 13 olive trees were burnt.

Israeli troops engaged in an excessive use of force against peaceful demonstrations protesting settlement activities and the construction of the annexation wall.

Following the Friday prayer, on 09 September 2016, Palestinian civilians and Israeli and international human rights defenders organized protests in Bil’in and Ni’lin villages, west of Ramallah; al-Nabi Saleh village, northwest of the city and Kufor Qaddoum village, northeast of Qalqiliya. Israeli forces forcibly dispersed the protests, firing live and rubber-coated metal bullets, tear gas canisters and sound bombs. They also chased protesters into olive fields and houses. As a result, some of the protesters suffered tear gas inhalation while others sustained bruises as Israeli soldiers beat them up.

Following the Friday prayer, on 16 September 2016, Palestinian civilians and Israeli and international human rights defenders organized protests in Bil’in and Ni’lin villages, west of Ramallah; al-Nabi Saleh village, northwest of the city and Kufor Qaddoum village, northeast of Qalqiliya. Israeli forces forcibly dispersed the protests, firing live and rubber-coated metal bullets, tear gas canisters and sound bombs. They also chased protesters into olive fields and houses. As a result, some of the protesters suffered tear gas inhalation while others sustained bruises as Israeli soldiers beat them up.

At approximately 02:00 on Friday, 09 September 2016, dozens of Palestinian children and youngsters headed to the border fence between Israel and the Gaza Strip, southeast of al-Bureij (Um Hasaniyah Hill area) and threw stones at the Israeli soldiers, who in response opened fire at them and fired tear gas canisters. The clashes continued between the Israeli soldiers and youngsters till 19:00 when an Israeli soldier fired a flare bomb at ‘Abdel Rahman Ahmed ‘Abdel Qader al-Dabagh (16), who was around 15 meters away from the border fence. As a result, he was wounded to the forehead and fell to the ground while his head was on fire. Only minutes later, one of the youngsters carried him to a PRCS ambulance, which drove him to al-Aqsa Martyrs Hospital. Around minutes later, the hospital pronounced him dead due to being directly hit with a flare bomb to the head, causing him severe bleeding, fractures in the skull bones and laceration in the brain.

At approximately 14:00 on Friday, 16 September 2016, dozens of children and youngsters headed to the border fence between the Gaza Strip and Israel, southeast of al-Bureij, and threw stones at the Israeli soldiers, who in response opened fire at them and fired tear gas canisters. As a result, two children were wounded and taken to al-Aqsa Martyrs Hospital in Deir al-Balah to receive medical treatment. their wounds were described as moderate, and they were identified as:

Due to the number and severity of Israeli human rights violations over the past two weeks, the PCHR made several recommendations to the international community. Among these were a recommendation that the international community, in light of its failure to the stop the aggression on the Palestinian people, to at least fulfil its obligation to reconstruct the Gaza Strip after the series of hostilities launched by Israel which directly targeted the civilian infrastructure.