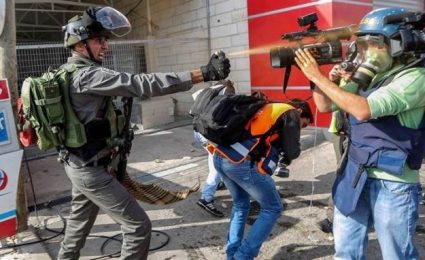 The Palestinian Journalists Syndicate (PJS) has reported that the Israeli occupation is holding captive twenty Palestinians journalists, including its General Secretariat, Omar Nazzal.

While congratulating journalist Mohammad al-Qeeq, and his family, after winning his freedom following an extended hunger strike that lasted for 94 days, the PJS said that Israel is still illegally imprisoning twenty additional journalists. 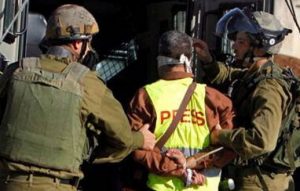 In its statement, the PJS also denounced the abduction and imprisonment of its General Secretariat Omar Nazzal, and the Israeli decision to hold him for four months, under arbitrary Administrative Detention orders, without charges or trial.

It added that it will continue its joint work with various institutions and organizations to pressure Israel into releasing all detained journalists, and to stop its ongoing violations and assaults against them. 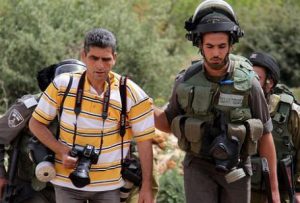 It is worth mentioning that Omar Nazzal was kidnapped by the army at the al-Karama border terminal, while heading to the Convention of European Journalists, in Bosnia and Herzegovina.

The Palestinian Journalists Syndicate said the abduction of Nazzal, and other journalists, is a clear proof of Israel’s targeting of journalists in direct violations of all related international laws and human rights treaties.