PPS: “Army Kidnaps 22 Palestinians, Including A Journalist, In The West Bank” 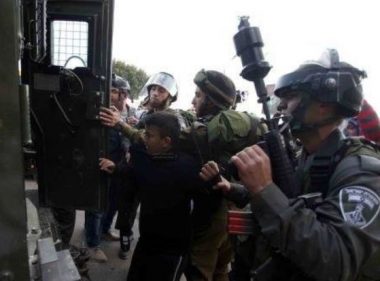 The Palestinian Prisoners’ Society (PPS) has reported that Israeli soldiers have kidnapped, Wednesday, twenty-two Palestinians, including a journalist, in different parts of the occupied West Bank, ten of them in Hebron.

The Hebron office of the PPS, in the southern part of the West Bank, said the soldiers stormed and searched many homes and kidnapped ten Palestinians.

In Nablus, also in the northern part of the West Bank, the soldiers searched homes and kidnapped ‘Alaa Saqqa.

On Wednesday morning, several Israeli military vehicles and bulldozers invaded Palestinian lands close to the border fence, in Khan Younis, in the southern part of the Gaza Strip, amidst sporadic gunfire to force the residents out of their lands. .