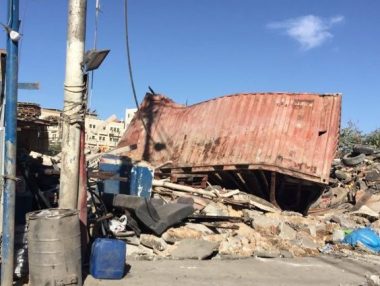 Silwanic stated that the soldiers invaded the area, after isolating it since early dawn hours, and demolished the carwash building, that was built more than 4.5 years ago, and that the demolition was conducted without a prior notice.

The soldiers also demolished three buildings, 12 square/meters each, and were used to store goods and car accessories.

On Tuesday, the soldiers demolished a residential building in Wadi al-Jouz neighborhood, in Jerusalem, and another building in the al-‘Isawiyya town, in addition to demolishing sections of an apartment, rendering it unsafe.

It is worth mentioning that the owner of the building, Mohammad al-Hadra, filed an urgent appeal with an Israeli court, but the army went ahead and demolished it before ruling was reach on the pending appeal.

In related news, the Palestinian Prisoners’ Society (PPS) has reported that Israeli soldiers have kidnapped, Wednesday, twenty-two Palestinians, including a journalist, in different parts of the occupied West Bank, ten of them in Hebron.