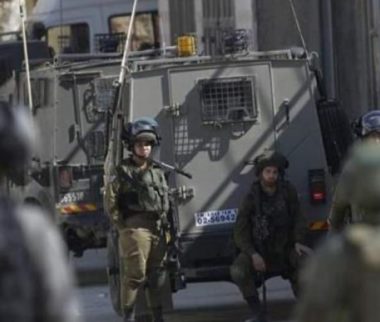 Israeli soldiers abducted, on Tuesday at dawn, twelve Palestinians, including children, from their homes in several parts of the occupied West Bank, including Jerusalem.

In Nablus, in northern West Bank, the soldiers abducted Adel Sabal, while Mohammad Fathallah Dahdouh was taken prisoner from his home in Salfit, in central West Bank.

Soldiers Injure Many Palestinians, Including Schoolchildren, In Hebron