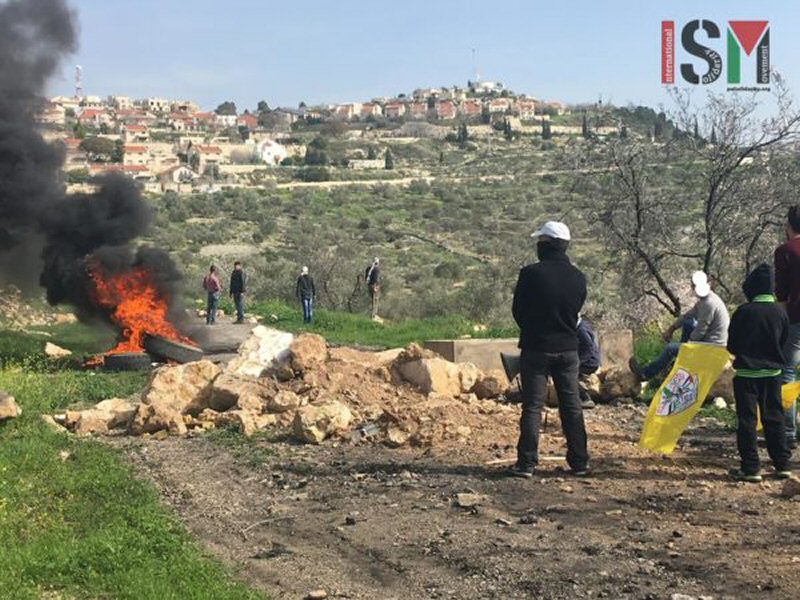 (photo: Protesters gather on the closed road in front of the illegal settlement Kadumim)

Yesterday, in Kfar Qaddum, Israeli armed forces fired live ammunition at peaceful protesters, luckily without injuries. The 8th of February marked 30 years since Kfar Qaddum’s first march during the Intifada, when villager Abed al Baset Jumal was murdered by masked settlers. Locals gathered, today, in honor of Baset Jumal, as well as in protest of a road blockage that inhibits access to their village; this road has been closed to locals since 2003. The soldiers also fired several rounds of rubber-coated steel bullets, teargas and sound bombs.

The march started after the Friday prayer, with the local Boy Scout troup accompanying protesters with drums up the main road. Israeli soldiers had positioned themselves on the hill between Kfar Qaddum and the illegal settlement of Kadumim, and before any confrontations started with the protesting youth, the soldiers started to fire live ammunition. 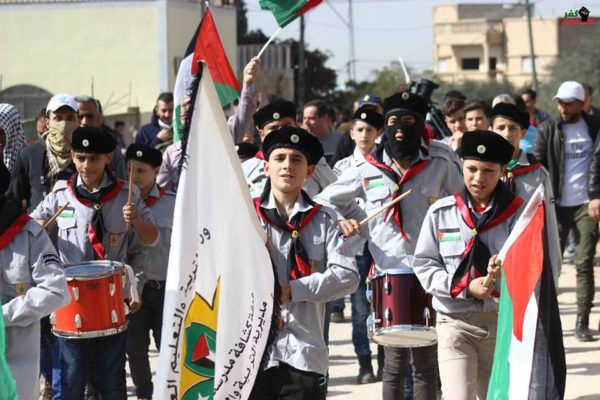 Throughout the protest the military fired tear gas, sound bombs and rubber-coated steel bullets, but, as one of the protesters noted, “live ammunition hasn’t been used in this way for six years – fired so much, without any reason and directly at the protesters.” 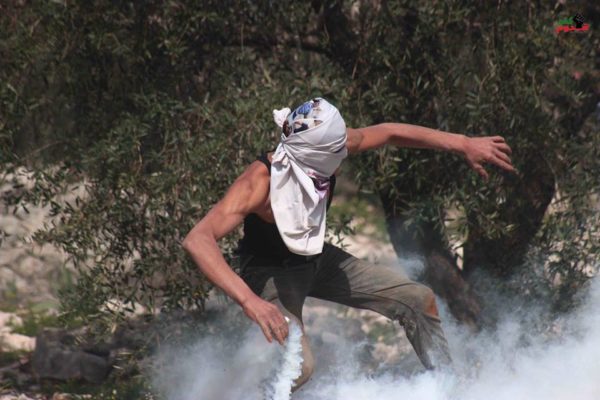 Murad Shtawie, who is a community leader and organizer in Kfar Qaddum also told ISM-ers how, during the first intifada, 30 years ago, the villagers of Kfar Qaddum had one of their first protests, where 28-year old Abed al Baset Jumal was killed by masked settlers. Many protests were arranged in the West Bank during this time, and often met by consistent settler violence. On February 8th 1988, a bus with settlers approached the protest in the east of the village. The settlers were dressed in keffiyeh scarves and speaking Arabic, and told the villagers they were on their side. When Abed approached to bid them welcome, one of them pulled a gun and killed him with two bullets – one in the head and one in the neck. The protesters also commemorated this yesterday.

The settler violence is ongoing to present day. About three days ago, settlers from the illegal settlement of Kadumim threw rocks at a farmer north of the village, injuring him in the head. He is recovering in the hospital with six stitches. 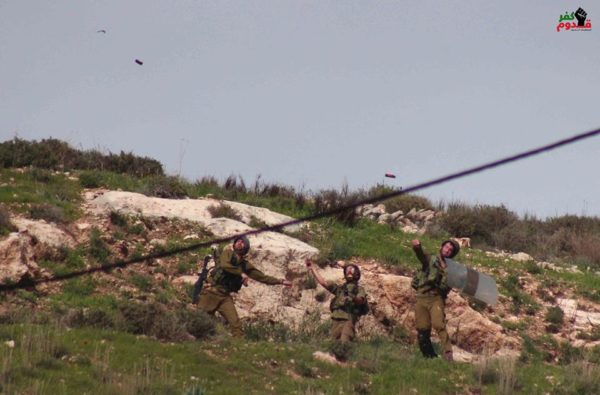 02/02/18 Bassem Tamimi to His Daughter Ahed on Her Birthday: “It is your smile that will bring us towards a brighter future.”