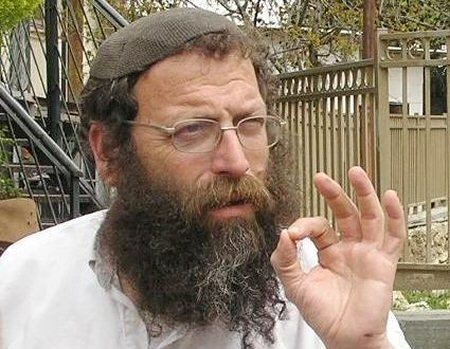 A Jewish rabbi has urged Israeli occupation forces to “finish off” wounded Palestinians who carry out resistance attacks, and to refrain from providing them with medical treatment or first aid, leaving them to bleed to death.

The right-wing, Rabbi Baruch Marzel, who lives in an illegal settlement in Hebron, claims that “since the Elor Azarya affair, terrorists are not killed and soldiers do not finish the job and do not make sure that the terrorist is dead.”

However, according to the PNN, the facts on the ground indicate that Israelis have been continuously targeting unarmed Palestinians. The most recent incident was when a member of the Givati Brigade killed a young Palestinian man, Mohammed Musa, 29, and left him to bleed to death. His sister Latifa Musa, 33, was wounded, which forced the brigade’s leadership in the occupied West Bank to reprimand the soldier and dismiss another officer.

Elor Azarya shot Abdul Fattah Al-Sharif as he lay motionless on the floor in occupied Hebron on 24 March 2016. After pulling the trigger Azaria said: “He deserved to die.”

Marzel also told Israel’s Channel 7: “The terrorist is evacuated by [Magen David Adom, Israel’s national emergency medical service] MDA to our hospitals and receives treatment for hundreds of thousands of shekels alongside the wounded Jew.

The time has come for the Israeli government to stop humiliating its victims and the people of Israel. The terrorist must not be treated. A terrorist must die as soon as he comes to harm Jews.”