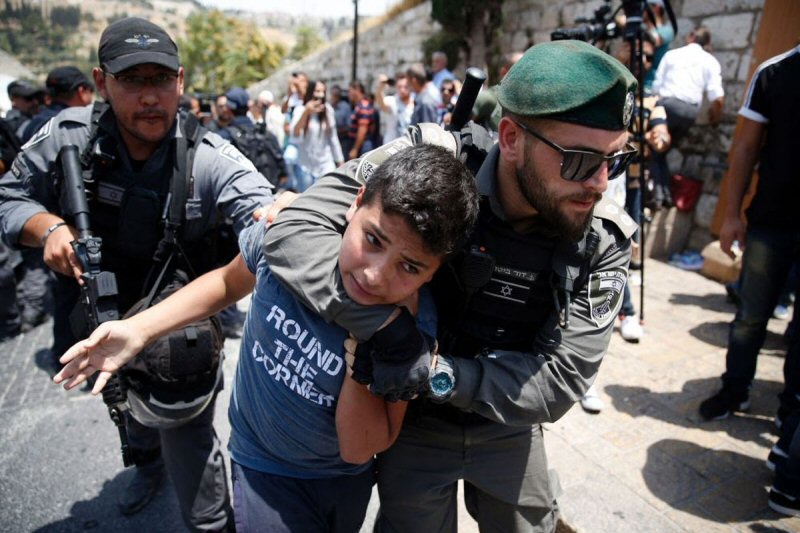 Sixty per cent of Palestinian children who were detained by Israeli occupation forces were verbally, physically or psychologically tortured, the Palestinian Prisoners’ Society (PPS) revealed on Sunday.

In a statement, the PPS said that Palestinian minors detained by the Israeli occupation were  beaten, prevented from sleeping,and threatened by interrogators in order to confess.

The statement also said, according to Days of Palestine, that the Palestinian children were prevented from eating and drinking for long periods and were insulted. They were also subjected to hours of interrogations.

Accounts of three Palestinian minor prisoners, who are currently inside Israeli prisons, were included in the PPS’ report.

Mustafa al-Badan, 17, Faisal al-Shaer, 16, and Ahmed al-Shalaldeh, 15, told the PPS that they were tortured when they were investigated.

There are currently more than 6,500 Palestinians being held in the Israeli occupation’s jails, including 57 women and girls and 350 children.