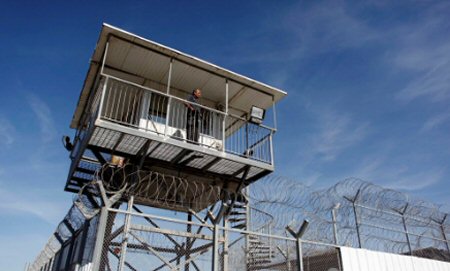 Palestinians living under detention in Israeli prisons are being diagnosed with medical conditions, as of  late, because of a lack of health care, a Palestinian NGO has revealed.

In a report, the Prisoners’ Centre for Studies said that 12 per cent of the Palestinian prisoners in occupation jails are diagnosed with hypertension, and 2.7 per cent are diabetic.

He attributed the high rates of late diagnosis to the intentional medical negligence policy followed by the occupation against Palestinian prisoners.

Hamdouneh added, according to Days of Palestine, that having limited space for physical activities and limited movement, prisoners must have proper attention paid to the quality of their food and regular medical tests, as the medical implications can be deadly.

Four Palestinian prisoners have died so far, this year, while in Israeli custody, including 57-year-old Hussein Hassani who died as a result of health complications which he developed in Israeli jails and because the medical negligence which ensued, Palestinian media reported in January.

According to rights group B’Tselem, at the end of October 2018 there were 5,426 Palestinian security detainees and prisoners being held in Israel Prison Service (IPS) facilities.