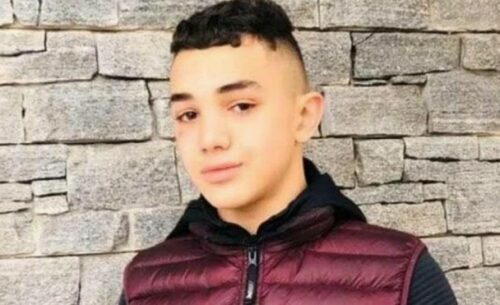 On January 22, 2021, Amal Nakhla, 17, from the occupied West Bank, was detained by Israeli soldiers, and sentenced to six months administrative detention, without any charges.

According to Defense for Children International-Palestine (DCI-Palestine) stated that the child suffers from a neuromuscular disease called myasthenia gravis which can cause severe weakness of the muscles involved in breathing, swallowing, and speaking.

DCI stressed that this condition has the potential to be life threatening, and recommended that the child be placed under close medical supervision, adding that infections and stress are two factors which can cause symptoms to worsen.

The teen is dependent on medication which is required 4 times per day, at regular intervals, without missing any doses. Side effects of the medication also includes weakness, so the child’s health must be closely monitored and the dose adjusted.

It added that both physical and psychological stress, such as being detained and interrogated, can cause life threatening weakness of the breathing muscles, making it necessary for emergency ventilation. Failure to do so could cause respiratory failure and death.

The child’s medical report, issued by the Israeli “Shaare Zedek” hospital, stated that if the child is unable to swallow the medicine due to weak swallowing muscles, it will be necessary to transfer him to hospital immediately.