Salaima Was Shot With Three Israeli Live Rounds In His Back 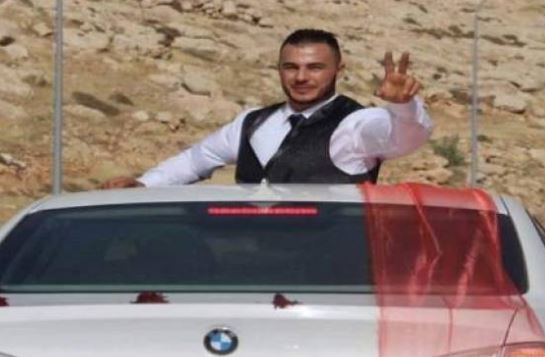 After Israel conducted an autopsy on the body of Anwar Falah Salaima, 24, who was shot and killed by Israeli soldiers, at dawn Wednesday, it became clear that the young man was shot with three live rounds in his back.

The Palestinian was driving back home, with two of his friends, when the soldiers opened fire on their car, killing him and wounding one of his friends in the head.

His family approved the autopsy under the condition that a Palestinian physician attends, especially after X-Ray revealed he was shot three times in his back.

Lawyer Mohammad Mahmoud of the Palestinian Detainees’ Committee, said it remains unknown when will Israel allow the transfer of Salaima’s body back to his family.

Salaima was driving with Mahmoud Resheq, 22, and Mohammad Nassar, 20, when the soldiers opened fire on their car while the army was invading the town of ar-Ram, north of occupied East Jerusalem.

Mahmoud al-Resheq was shot in his head, but despite his injury, his condition was classified as stable.

The Israeli military claimed that the Palestinians “attempted to ram soldiers with their car.” It is worth mentioning that the slain Palestinian got married less than two months ago, and was driving back home with two of his friends, after finishing work at a Wedding Hall, in Talpiot area, south of Jerusalem.

The three had no idea that the army was invading their town, and were surprised by the soldiers who fired many rounds of live ammunition on their car, killing Salaima, and wounding Resheq, in addition to kidnapping Mohammad Tawfiq Nassar.

The Israeli army said it invaded the town to break into a blacksmith’s workshop allegedly used for manufacturing weapons.

The death of Salaima brings the number of Palestinians, killed by Israeli fire since October 1st 2015 to 227, including 51 from Jerusalem and its suburbs.