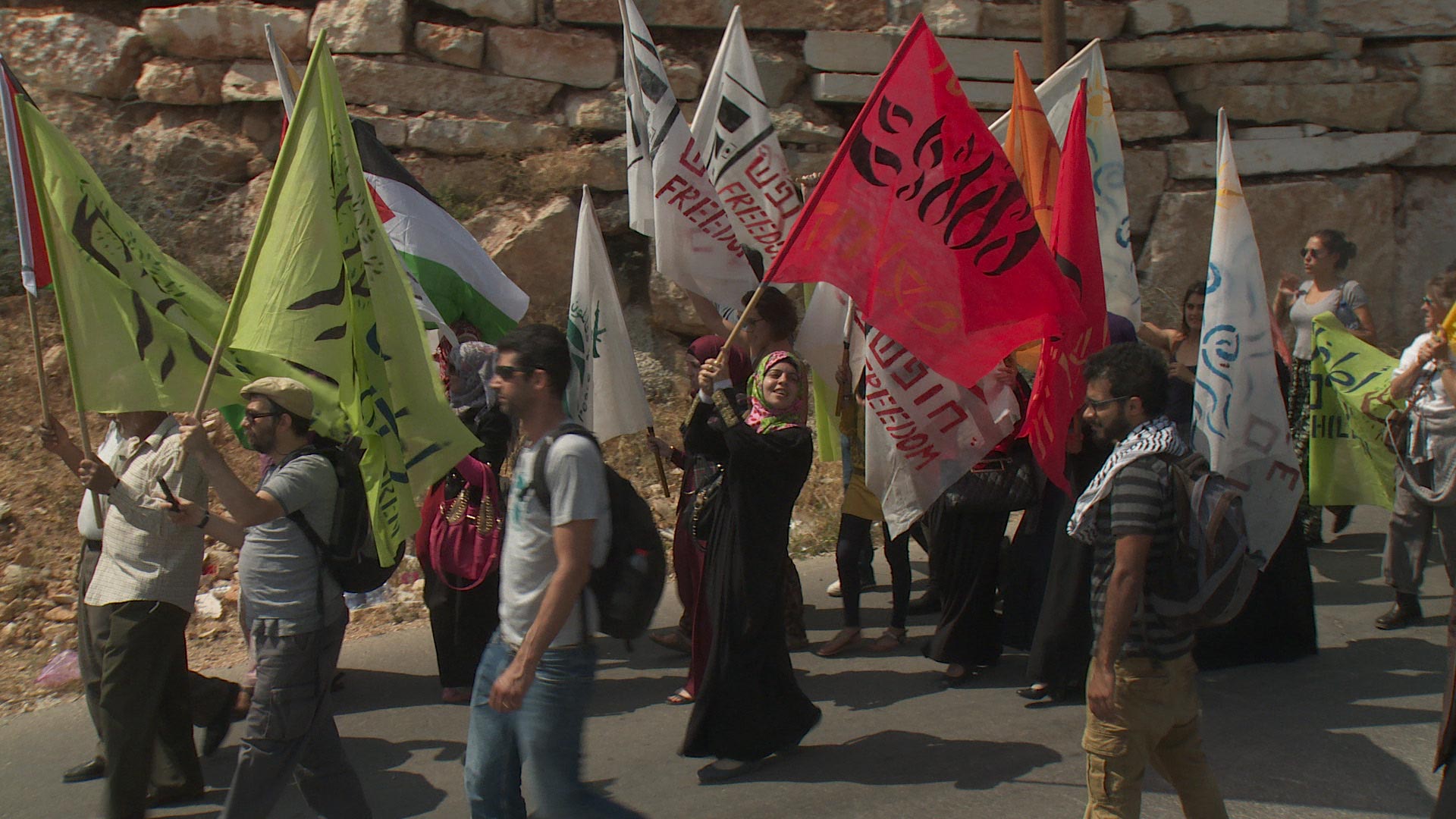 Combatants for Peace (CfP) activist, Shifa al-Qudsi, was refused entry into Israel today in order to attend the world premiere of the new documentary Disturbing the Peace, in which she appears. The special screening will take place today at the Jerusalem Film Festival 2.15pm, and is set to be followed by Q&A with director Stephen Apkon and the “Combatants for Peace” activists who appear in the film, including al-Qudsi — however, Israeli security forces have prevented her participation.

As a 24­ year ­old beauty technician from the West Bank town of Tulkarem, Shifa al-Qudsi was recruited for a suicide bombing in a supermarket in the nearby Israeli town of Netanya. Before she could complete her mission, Shifa was arrested and later convicted. She served a six year sentence in prison. There, Shifa realized that many Israelis wanted peace as well, and joined CfP after her release. Shifa still lives in Tulkarem, Palestine.

Movement leaders, Udi Gur and Mohamad Awedah, stated: “Israel’s limiting visa policy for peace movements consistently encumbers the Palestinian voice calling for the end of the conflict from being conveyed to the Israeli public. Combatants for Peace Palestinian members’ voices are critical and non-violent. The Israeli public deserves to hear that change is possible, as Shifa’s process illustrates, and the attempt to silence her is meant to tear the two nations apart and bring despair — but we believe there is another path, the path of hope.”

The film follows its protagonists, Israelis and Palestinians, as they go from participating in violent action in the Israeli-Palestinian conflict, to becoming activists in the Combatants for Peace movement, which seeks to end the violence between both sides. Throughout their journey, and against the backdrop of another Gaza war brewing, they encounter the opposition of their respective societies that which see them as traitors.

Director Steve Apkon’s documentary film deviates from the local context. Instead, it conveys a universal story: about the human ability to see beyond the narratives which we tend to accept as reality, and challenging convention in the struggle for freedom. The journey of the film’s protagonists reveals the potential within the human spirit: to liberate ourselves from stories that no longer serve us, and to create instead an alternate story and a new vision.

Combatants for Peace is a bi-national movement of Palestinians and Israelis who actively participated in the cycle of violence in the region, but have since chosen the path of nonviolence in promoting peace and co-existence. The movement holds nonviolent protests, educational tours of the Occupied Territories, in-house meetings, “Learning Peace” lectures, and meetings of activists in Israel and in Palestine. Combatants for Peace strives for the end of the Occupation and opposes any form of violence on either side, calling for the recognition of a dialogue between partners.