Screening of Palestinian film Naila and the Uprising as part of International Women’s Day celebrations in Derry, Ireland 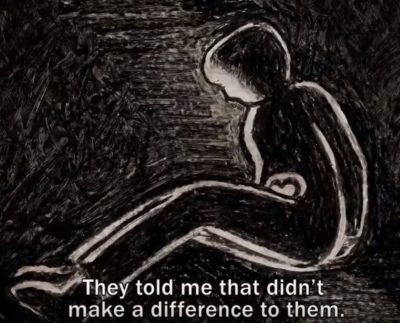 A free screening of the highly acclaimed Palestinian documentary film Naila and the Uprising took place at the Museum of Free Derry in the Bogside, Derry, Ireland in advance of International Women’s Day.

The film was followed by a discussion and Q+A session with the film’s producer Rula Salameh.  Rula is the Education and Outreach Director of Palestine at Just Vision, a non-profit organisation that highlights the power and reach of Palestinians and Israelis working to end the occupation and build a future of freedom, dignity and equality.

The 2017 film, directed by Julia Bacha, is in English, Arabic and Hebrew with English subtitles.  When a nation-wide uprising breaks out in Palestine, a young woman in Gaza must make a choice between love, family and freedom.  Undaunted, she embraces all three, joining a clandestine network of women in a movement that forces the world to recognize the Palestinian right to self-determination for the first time.

Naila and the Uprising chronicles the remarkable journey of Naila Ayesh and a fierce community of women at the frontlines, whose stories weave through the most vibrant, non-violent mobilization in Palestinian history – the First Intifada in the late 1980s.

Using evocative animation, intimate interviews, and exclusive archival footage, this film brings out of anonymity the courageous women activists who have remained on the margins of history – until now.  While most images of the First Intifada paint an incomplete picture of stone-throwing young men front and centre, this film tells the story that history has overlooked – of an unbending, non-violent women’s movement at the head of Palestine’s struggle for freedom.

What the Critics say

‘It’s a painful story, but also an illuminating one…well worth watching’ – Hollywood Reporter

The Mayor of Derry City and Strabane District Council, Councillor Michaela Boyle, held a reception for the film’s producer, Rula Salameh, in the city’s Guildhall before the screening.  Speaking before the event, the Mayor said:

“I am delighted to host Rula Salameh, the producer of Palestinian film ‘Naila and the Uprising’ in the Mayor’s Parlour and attend the screening of the film in the Museum of Free Derry.

Rula has enjoyed an acclaimed career as a journalist and peace promoter including serving as the Middle East Liaison for the Peace X Peace organisation and the Project Coordinator for Middle East Nonviolence and Democracy.

I am looking forward to seeing the film which chronicles the remarkable real life journey of Naila Ayesh during the First Palestinian Intifada in the 1980s.”

Screenings have already taken place in other Irish towns and cities including Dublin, Wexford, and Maynooth with future screenings taking place in Belfast, Portadown, Dublin, Cork, Limerick, and Galway.  Further details are available on the IPSC website, https://www.ipsc.ie/upcoming-events.