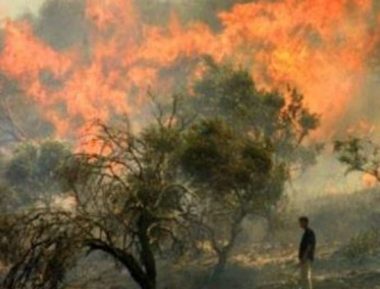 Dozens of almond and olive trees, which Palestinians rely on as a source of income, were reported to have been destroyed.

According to Article 49 of the Fourth Geneva Convention, the occupying power [Israel] is forbidden to transfer any persons from its own population onto the land which it occupies [Palestine].

The illegal Israeli settlers frequently terrorize the indigenous Palestinian population, by setting fire to their crops, in addition to assaulting, harassing, and shooting at them, with the aim to force the Palestinians off the land, for the purpose of expanding the existing settlements.