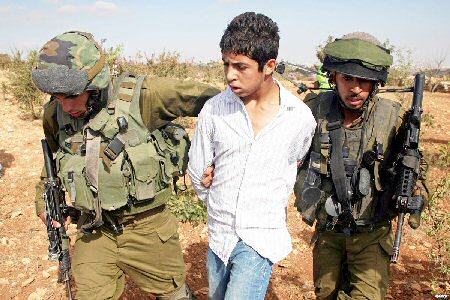 The Israeli army explained, in a statement, that the detainees are wanted in relation to security.

In Bethlehem, soldiers took into custody two Palestinians from the Mansheyah area.

Local sources reported, according to Al Ray, that a number of ex-detainees were served with summons to appear before intelligence services.

Local sources reported that violent clashes erupted between Palestinian youth and Israeli soldiers, in which the soldiers fired tear gas and stun grenades towards Palestinians.

Many suffocation were cases reported due to tear gas fired by Israeli soldiers.