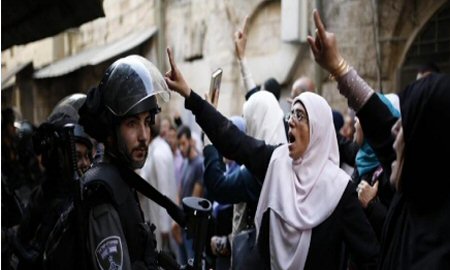 An Israeli court held a trial for a number of them, on Monday.

Israeli forces detained six Palestinian women and a girl as they were leaving the  mosque via the gates of Hitta , Asbat, and Annather.

Lawyer Khaled Zbarqa explained that Israeli forces detained the women under the pretext of sitting in the eastern part of Al-Aqsa, near Arrahma Gate.