Soldiers Abduct A Guard Of Al-Aqsa Mosque In Occupied Jerusalem 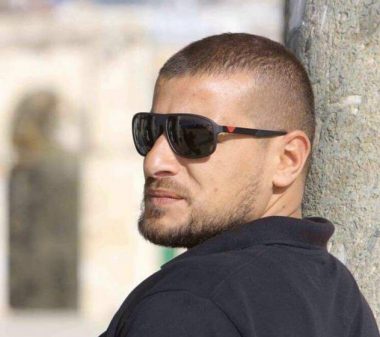 Dozens of soldiers accompanied a group of extremist Israeli colonists into the courtyards of the Al-Aqsa Mosque, in occupied East Jerusalem, Sunday, and conducted provocative tours, before abducting a guard of the holy site.

The Islamic Waqf and Endowment Department in Jerusalem said the soldiers abducted Khalil Tarhouni, from the mosque, and took him to an interrogation center in the city.

It added that the reasons behind abducting the guard remain unknown, especially since there were no confrontations in the mosque and its courtyards.

His abduction came after groups of extremist Israeli colonists, accompanied by dozens of soldiers invaded the Mosque’s courtyards, from Bab ar-Rahma, the eastern gate of the mosque.