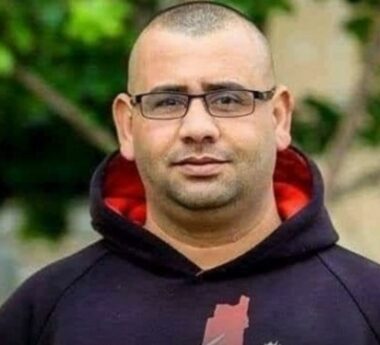 On Friday evening, Israeli soldiers abducted Abdullah Alawna, the secretary of the Fateh movement in Jaba’ town, south of Jenin, in the northern part of the occupied West Bank.

The Palestinian was abducted prisoner after the soldiers summoned him for interrogation at the Salem military base west of Jenin.

The soldiers also stormed and ransacked the family home, causing excessive damage, and threatened to abduct his mother along with his wife and children.

Earlier Friday and Thursday, the soldiers infiltrated Jaba’, broke into, and ransacked many homes before abducting four of Razi’s brothers, Rashad, Mohammad, Ghazi, and Emad.