Soldiers Abduct A Palestinian Teen, A Young Man, And Beat Up Two Siblings In Their Homes, Near Jenin 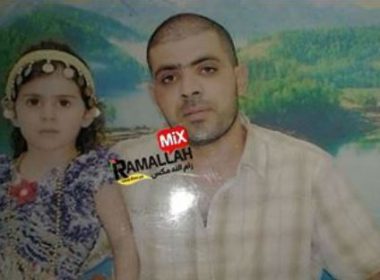 Israeli soldiers abducted, on Tuesday evening, a Palestinian teenage boy from Jenin refugee camp, in addition to a young man in Siris village, south of Jenin, and invaded two homes before beating up two siblings, in Ya’bad town, west of Jenin, and closing Dothan military roadblock, in Jenin governorate, in northern West Bank.

The PPS stated that Matahen, from Jenin refugee camp, was attending the trial of his detained friend, when the soldiers abducted him.

In addition, the soldiers invaded Siris village, south of Jenin, and abducted Saffah Fawzi Qteit, after storming his home and ransacking it.

Furthermore, the soldiers invaded Ya’bad town, southwest of Jenin, before breaking into and ransacking the homes of Yahia Abu Shalma, and his brother Ghattas.

The soldiers forced the two families out of their homes while violently searching them, and beat up Ghattas’s sons, Ya’ish and Laith.

The families said that the soldiers interrogated them in the cold, after the army alleged that live wounds were fired at the Dothan military roadblock, on the main road between Jenin and Tulkarem.

The army installed many roadblocks in the area, while dozens of soldiers were deployed around Ya’bad town, before conducting extensive military searches in olive orchards, and completely closed Dothan roadblock.

Earlier Tuesday, the soldiers abducted one Palestinian near Jenin, and two others from the southern West Bank governorate of Hebron.

Furthermore, the soldiers abducted, overnight until dawn hours Tuesday, seven Palestinians, including five children and one woman, from their homes, in several parts of occupied East Jerusalem.