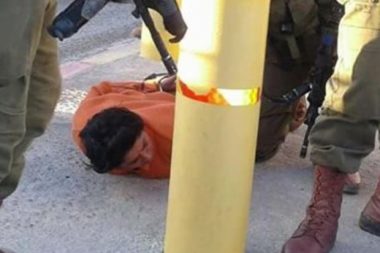 Media sources said the soldiers abducted the young woman, after stopping her at a junction near Shilo illegal Israeli colony, which was built on private Palestinian lands, owned by Turmus Ayya residents.

They added that the soldiers searched the young women, who remained unidentified at the time of this report, and abducted her, allegedly after finding “a knife in her purse.”

Also on Tuesday evening, the soldiers shot a young Palestinian man, and caused several others to suffer the effects of teargas inhalation, in Khan Younis, in the southern part of the Gaza Strip.