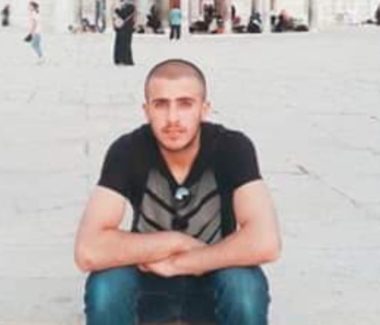 Israeli soldiers invaded, Saturday, the village of Abwein, northwest of the central West Bank city of Ramallah, and abducted the father of the young Palestinian man, who was killed a day earlier in occupied Jerusalem, after he reportedly stabbed and injured two Israelis.

Media sources in Ramallah said dozens of soldiers invaded the village, before storming and ransacking the home of Wajeeh Sohweil, the father of Yousef, 18, who was killed in Jerusalem, and abducted him.

The Israeli army apparently intends to demolish the home in an act of illegal collective punishment, similar to previous incidents where homes of Palestinians who attacked or believed to have attacked Israelis, including soldiers, were destroyed.

The army also constantly abducts and imprisons family members, and in some cases friends, of Palestinians who are believed to be behind attacks against the military or Israelis in general.

The sources added that the soldiers fired many live rounds, rubber-coated steel bullets and gas bombs at dozens of Palestinian youngsters, who protested the invasion, and hurled stones at the invading army jeeps.