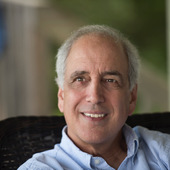 Canadian Law Professor, Michael Lynk, the Special Rapporteur for the United Nations Human Rights Council on the situation in the Palestinian territories, along with the secretary general of Amnesty International Canada, Alex Neve, whose article was featured on Australian News site, The Conversation.

The authors begin by stating that “While Israel rejects that it’s the occupying power, there is a virtual wall-to-wall consensus among the international community — including the United Nations, the European Union, the International Court of Justice, the International Committee of the Red Cross and Canada — that the laws of occupation, including the Fourth Geneva Convention of 1949, apply in full to the Palestinian territory.”

On May 9, the Canadian Senate passed Bill C-85 — the Canada-Israel Free Trade Agreement Implementation Act, which amends and updates the original 1997 free-trade agreement, and on May 27, it received royal assent.

The agreement allows goods and services produced in the illegal Israeli settlements to enter Canada on the same tariff-free terms as those originating in Israel.  No distinction is made between Israel and its illegal settlements in the Palestinian territories encourages the economic growth of settlements.

This, the pair state, is not only contrary to Canada’s general duty to uphold international law, it expressly violates both international and Canadian law, as well as the direction of the UN Security Council.

Treating the Israeli settlements as part of Israel, and extending the benefits of our open market to settlements’ goods and services, ensnares Canada in the serious violations of both international human rights and humanitarian law that are part and parcel of the Israeli occupation.

The authors cite the Fourth Geneva Convention,  Article 49(6), which states that, the occupying power is prohibited against transferring its civilian population onto the occupied territory.

In direct violation of this, during its 52-year occupation of the Palestinian territory, Israel has built 240 Jewish only settlements in the West Bank, housing 630,000 illegal settlers.

United Nations Security Council Resolution 2334, declared the Israeli settlements are “a flagrant violation under international law and a major obstacle to the achievement of a two-state solution and a just, lasting and comprehensive peace.”

Lynk and Neve affirm that at the heart of the illegal settlement enterprise, is a “discriminatory two-tier system of laws governing political rights, zoning laws, roads, water and natural resources, property, public services and access to courts — all based entirely on ethnicity.”

The report concludes “the Canadian government is knowingly extending economic benefits and political cover to an illegal enterprise at a time when these settlements are undermining the chances for peace and generating systematic human rights violations.”