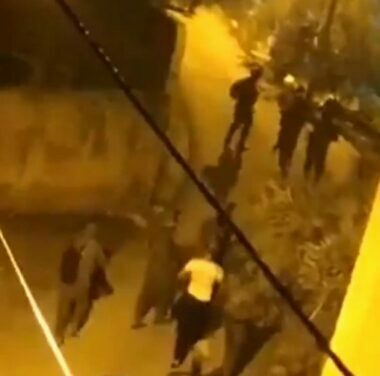 On Friday at dawn, Israeli soldiers abducted at least four Palestinians from several parts of the occupied West Bank.

The sources added that the soldiers assaulted and injured two young men, identified as Qussai Adnan Jom’a and Mousa Abdul-Latif Qaddoumi, after forcing them out of their homes, and abducted them.

Furthermore, the soldiers abducted a young man, identified as Amir Mahmoud Nazzal, from Qabatia town, south of Jenin, after stopping him at a military roadblock close to the nearby town of Jaba’.

In related news, a brief exchange of fire took place between Palestinian fighters and Israeli soldiers near the Anza town junction, south of Jenin.

In addition, the soldiers abducted Ghiab Abu Zeitoun from Zabbouba village, west of Jenin, while working in occupied Jerusalem.