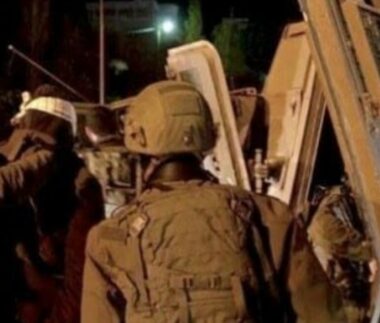 Samer Abu Bakr, the head of Ya’bad Municipality, stated that several army jeeps invaded the town at dawn before the soldiers stormed and ransacked homes.

On Wednesday at night, the soldiers closed placed sandhills at the western entrance of the town, in addition to various minor roads leading to it.

Abu Bakr stated that the army frequently invades the town, in addition to the constant violations against the Palestinian farmers and their lands, especially during the olive harvest season.

It is worth mentioning that large areas of farmlands and olive orchards are completely isolated behind the illegal Annexation Wall, an issue that forces the Palestinians to apply for permits from the Israeli army just to be able to enter their lands.