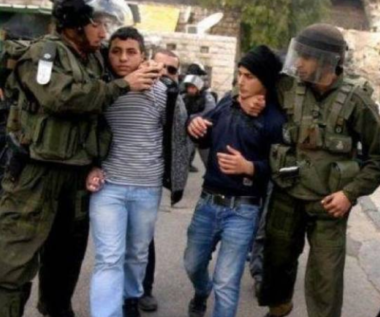 Israeli soldiers abducted, on Sunday evening, two Palestinian children, and assaulted one of them, in Bab al-‘Amoud area, in occupied East Jerusalem.

They added that the soldiers also assaulted Essam with clubs and batons, before abducting him, and took the two to a nearby police center.

It is worth mentioning that the soldiers fired many concussion grenades at dozens of Palestinian worshiper in Bab al-‘Amoud, as dozens of worshipers were leaving the Al-Aqsa Mosque following evening prayers.

The army also invaded the Al-Aqsa Mosque through the al-Magharba Gate, and forced the Palestinians out of its courtyards, shortly after they conducted evening prayers.

Since the beginning of the Muslim holy month of Ramadan, the army and the police have carried out dozens of violations, including attacking and preventing the Palestinians from sitting or gathering in Bab al-‘Amoud, and several areas near Al-Aqsa Mosque, and detained many of them.