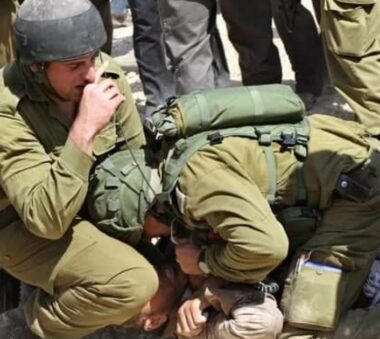 Israeli soldiers assaulted, Thursday, an elderly Palestinian man while picking his olive trees in Beit Ummar town, north of Hebron, in the southern part of the occupied West Bank.

He added that the Palestinian insisted on remaining in his orchard and to pick his olive trees, before the soldiers started clubbing and kicking him, causing various cuts and bruises, and forced him out of his land.

It is worth mentioning that the invaded orchard is near the illegal Bat Ayin colonialist outpost, which was installed on stolen Palestinian lands.