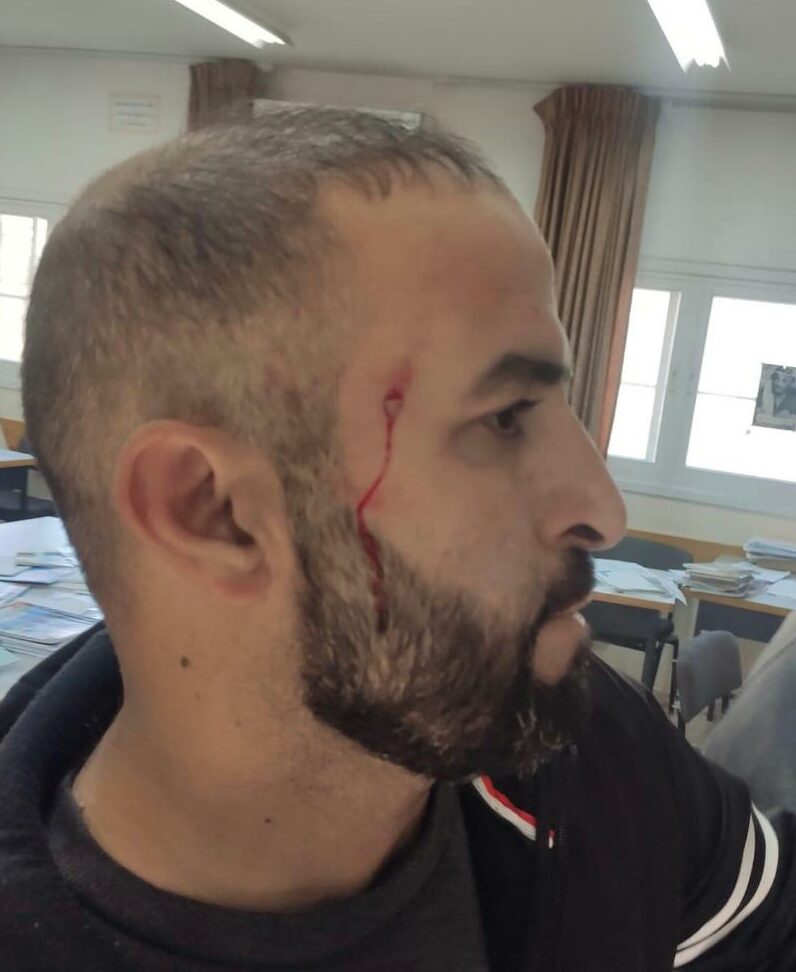 Israeli soldiers assaulted, on Wednesday, teachers at the Teqoua’ Secondary Boys School in Teqoua’ town, east of Bethlehem in the southern occupied West Bank, according to local sources.

The Ministry of Education told the Palestinian News & Information Agency (WAFA) that several Israeli troops stormed the school campus and were confronted by some teachers, whom the soldiers then struck with the butts of their rifles.

The school principle, Majed Al-Shaer, and and teacher Eid Sobeih were assaulted and received minor bruises and lacerations, from the attacking soldiers.

At the same time, the army fired tear gas canisters and concussion grenades into the school causing dozens of students and staff members to suffer the toxic effects of tear gas inhalation.

In recent days, Israeli occupation soldiers have caused severe distress among students in the West Bank by opening fire with tear gas at them causing suffocation and panic among them.